This week’s Baked Sunday Mornings post is for Pumpkin Seed Brittle. I think it’s a bit of an understatement to say that I hate brittle.  I used to go apple picking with my family in the Ohio countryside, and every year they would hand out samples of peanut brittle and apple cider. Enamored with fall, hay rides, and lazy afternoons with my family, I took the proffered samples with delight, nostalgia blinding me to the fact that though I adore apple cider, I actually loath peanut brittle. I lived through that re-discovery for almost every year of my childhood. Similar to how my husband and I manage to think that it’s a great idea to buy candy corn every Halloween, only to quickly remember upon opening the package that candy corn is horrible.  Though I had no desire to attempy making a brittle that would go uneaten in my household, I still wanted to make something, and preferably something deliciously pumpkin flavored. I remembered Bourbonnatrix posting the recipe for Pumpkin Chocolate Chip Loaf from Baked: New Frontiers in Baking. It sounded like a winner. 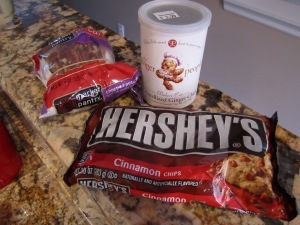 Bonus, I would get to try out the cinnamon chips I found at the grocery store last week. I’ve actually been looking for cinnamon chips since I heard of their existence last Christmas, listed as an ingredient in a scone recipe. I am crazy for cinnamon and was determined to find them, unfortunately with no luck until now. They are very tasty, kind of like white chocolate chips in texture with a lot of cinnamon flavor. I also added some ginger chips and pecans. Ginger chips are one of my favorite baking ingredients. When I first bought them I wasn’t sure what to expect, but they’re basically tiny chips of candied ginger. They add an amazing spicy crunch to recipes, great in scones, sweet breads and muffins.

I make pumpkin bread every year, using the recipe that my grandmother sent me when I was homesick in college.  I am constantly tinkering with the recipe. I’ve tried whole wheat flour, used honey instead of sugar, added three times the amount of cinnamon, used different kinds of nuts. And I don’t think I’ve ever been disappointed with the results. The Baked version is fairly similar, and equally delicious. It is very easy to put together. It does have a very long baking time, nearly an hour and a half, but your house will smell amazing while it is in the oven, and most of the day afterwards. It is quite sweet, and very moist. I also think it’s even better now, a day later, becoming even more fragrant and moist.

I’m glad it came out so well, because I’m sure we’ll be enjoying it for breakfast, lunch and dinner if (when) Sandy knocks out our power this week.

On a side note-I think I accidentally typed pumpking every single time I wrote pumpkin in this post. Freudian slip about how much I love pumpkin?

from Baked: New Frontiers in Baking

In a large bowl, whisk together the flour, spices, baking soda and salt.

In another large bowl, whisk together the pumpkin puree and oil until combined. Add sugar and whisk again. Whisk in the eggs one at a time then the vanilla. Add 2/3 cup room-temperature water and whisk to until combined. Fold the chocolate chips into the wet ingredients with rubber spatula.

Fold the dry ingredients into the wet, being careful not to overmix the batter. Spread the batter into the prepared pans, and gently knock the bottom of the pan onto the countertop to even out the batter. Use a spatula to smooth the top.

Bake in the center of the oven until a toothpick comes out clean, about 75 to 90 minutes, rotating pans halfway through. Cool on a wire rack for 15 minutes before inverting the loaf onto the rack to cool completely before serving. The loaf will keep for 3 days or more wrapped in plastic wrap or in an airtight container at room temperature.

I’ve never had “Joe Froggers” before, so I wasn’t entirely sure what to expect from them. I was hoping for something like a giant ginger snap. Unfortunately, I think I may have under-baked them a bit. They seemed done, and I baked them for a full 10 minutes, but they are really soft and sticky. It’s not bad, but I think I would have preferred a crisper cookie.  I cut the recipe in half, so it’s definitely possible that I mis-measured an ingredient here or there. I also skipped rolling them out and just scooped and flattened them into a disc. I was surprised at how much mine spread. Usually cut out cookies hold their shape pretty well. 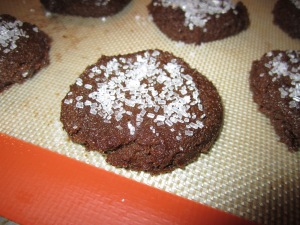 I really liked the first cookie that I ate, but the more I try the less I enjoy them. They taste very strongly of molasses, it’s overwhelming actually. I can taste a touch of ginger but the molasses flavor cuts through strongly. They remind me of historic baking samples that they hand out at tourist destinations like Colonial Williamsburg. It is certainly interesting to try, but I am thankful that current American desserts trend towards chocolate.

This week’s recipe is Peanut Butter Chocolate Chip Scones from Baked Elements. I love making scones, they are so easy to put together and usually I have the necessary ingredients on hand. As I got ready to get baking this morning, I read through the recipe and my heart fell when I saw that it called for buttermilk. I had skipped breakfast, intending to feast on the spoils of my labor, and the delay as I ran out to the grocery store was tedious. Note to self, double check the ingredients a day or two before baking day! 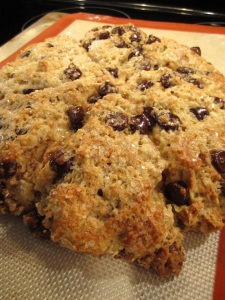 When I returned with the buttermilk my husband jokingly asked every few minutes if the scones were ready yet. Luckily though the recipe is very easy and quick to pull together.  In short order I had the dough mixed together and ready for a 20 minute bake. 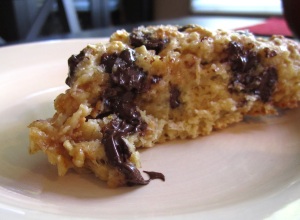 The scones came out really tasty, and are well worth the wait. You’ll definitely want a glass of milk with these, they are very dense and filling, with lots of peanut butter flavor. 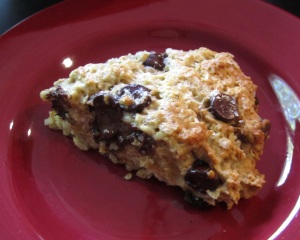 If you are a fan of scones, and pumpkin, I also recommend the Pumpkin Scone recipe from King Arthur Flour. They are especially good with ginger chips mixed in if you can find them, and a bit of a nice powdered sugar glaze.

This week’s Baked Sunday Mornings recipe was for the “Burnt Sugar Bundt Cake with Caramel Rum (or whisky, in my case) Frosting”, from Baked Explorations.  The cake starts off with slowly melting sugar in a sauce pan, until it is a deep brown color, and then mixing in heavy cream, coconut milk and lemon juice. Half of that caramel liquid is added to the cake batter, while the other half is reserved for the icing.  The cake is a pretty standard variety bundt mix, starting with creaming butter and sugar, adding in eggs, and then alternating flour and the rich caramel liquid. The batter was delicious. I was hopeful that the lemon and coconut would be key flavors, but I didn’t really taste anything but caramel. Definitely make sure that you throughly grease the bundt pan, I had a bit of a sticking problem. Luckily I was able to gently reassemble the parts that stuck to the pan, and cover the cracks with frosting.

The icing was a bit tricky however, to the point that I kind of think that the recipe for it should be re-worked completely. I would recommend starting with the powdered sugar, butter and booze, and slowly adding in the caramel liquid until you reach your desired consistency. Using all of the reserved liquid results in a very thin mess, nothing like the beautiful frosting shown in the cookbook’s photo. I also wasn’t too thrilled with the way that the icing tastes. It is overwhelmingly sweet, the powdered sugar takes over any hint of whisky, caramel or butter. It might be better to baste the cake with a bit of whisky and caramel sauce, and then perhaps drizzle some melted caramel on top.

I skipped the optional caramel shards. I honestly didn’t think that they looked that great in the cookbook photo, and I’m not a fan of hard candies like toffee. One of the other bakers recommended taking care while eating them because some were quite sharp. That made it sound even less fun, I may think of myself as an adventurous cook, but that doesn’t extend to risking injury while eating.

Overall we weren’t crazy about this recipe. I wish I had added some pecans to the batter, it would have added a nice crunch. Ours also didn’t turn out anywhere near as dark as the photo in the cookbook. I’m not sure if I could have caramelized the sugar any longer without it burning to the bottom of the pan. This cake sounded really enticing, but I don’t think I’d make it again. 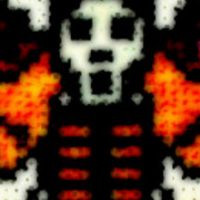 Or, attempting to settle down in one spot after travelling in the VFX gypsy circus for 10+ years